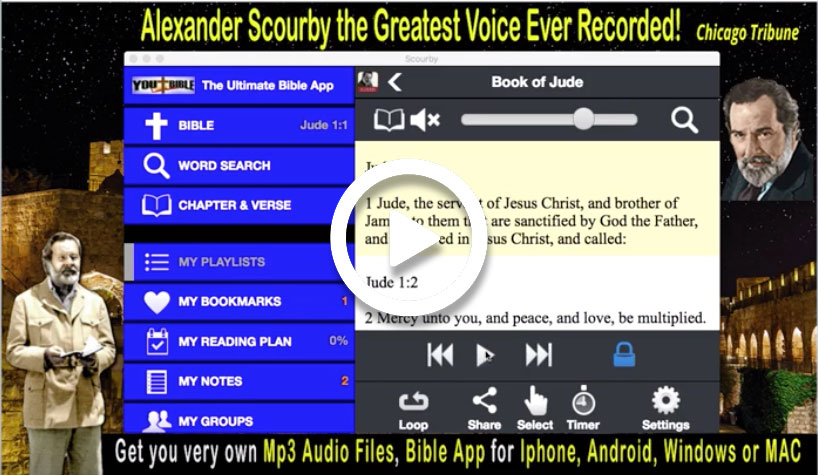 Bible Verses Commentary on the The Book of Jude

The book of Jude was written around 75 AD. It was written by Jude who was the half brother of James. Both Jude and James were the half brother of Jesus. What’s very interesting in the writings of writers of the New Testament starting with Paul and the writings of Acts is how dramatic they are in describing problems and how to deal with them. Read the following Bible verses in the Book of Jude realizing Jude was written to talk about the false teachings that were creeping into the Church and how to deal with I, especially to contrast the false teachings and the truth of Jesus the Christ.

2 Mercy unto you, and peace, and love, be multiplied.

4 For there are certain men crept in unawares, who were before of old ordained to this condemnation, ungodly men, turning the grace of our God into lasciviousness, and denying the only Lord God, and our Lord Jesus Christ. Bible Verse Comment: Here Jude tells the Church that ungodly men have crept into the Church and are doing damage to the faith.

5 I will therefore put you in remembrance, though ye once knew this, how that the Lord, having saved the people out of the land of Egypt, afterward destroyed them that believed not. Bible Verse Comment: Jude tells the people to recall their captivity in Egypt and how God destroyed the unbelievers.

6 And the angels which kept not their first estate, but left their own habitation, he hath reserved in everlasting chains under darkness unto the judgment of the great day.

7 Even as Sodom and Gomorrha, and the cities about them in like manner, giving themselves over to fornication, and going after strange flesh, are set forth for an example, suffering the vengeance of eternal fire. Bible Verse Comment: Jude is comparing what God did to Sodom and Gomorrah to what he will do to the unbelievers of the church.

9 Yet Michael the archangel, when contending with the devil he disputed about the body of Moses, durst not bring against him a railing accusation, but said, The Lord rebuke thee.

11 Woe unto them! for they have gone in the way of Cain, and ran greedily after the error of Balaam for reward, and perished in the gainsaying of Core. Bible Verse Comment: Look how dramatic Jude is when talking about the problem with false teachings, he literally brings everything up from their captivity in Egypt.

12 These are spots in your feasts of charity, when they feast with you, feeding themselves without fear: clouds they are without water, carried about of winds; trees whose fruit withereth, without fruit, twice dead, plucked up by the roots; Bible Verse Comment: Jude describes these unbelievers as fruit that is dead not once but twice.

13 Raging waves of the sea, foaming out their own shame; wandering stars, to whom is reserved the blackness of darkness for ever.

14 And Enoch also, the seventh from Adam, prophesied of these, saying, Behold, the Lord cometh with ten thousands of his saints,

15 To execute judgment upon all, and to convince all that are ungodly among them of all their ungodly deeds which they have ungodly committed, and of all their hard speeches which ungodly sinners have spoken against him. Bible Verse Comment: Here Jude talks about executing Judgment on these ungodly men who are bringing false teachings into the Church.

16 These are murmurers, complainers, walking after their own lusts; and their mouth speaketh great swelling words, having men’s persons in admiration because of advantage.

17 But, beloved, remember ye the words which were spoken before of the apostles of our Lord Jesus Christ;

18 How that they told you there should be mockers in the last time, who should walk after their own ungodly lusts.

19 These be they who separate themselves, sensual, having not the Spirit.

20 But ye, beloved, building up yourselves on your most holy faith, praying in the Holy Ghost,

21 Keep yourselves in the love of God, looking for the mercy of our Lord Jesus Christ unto eternal life.

22 And of some have compassion, making a difference:

23 And others save with fear, pulling them out of the fire; hating even the garment spotted by the flesh.

24 Now unto him that is able to keep you from falling, and to present you faultless before the presence of his glory with exceeding joy,

25 To the only wise God our Saviour, be glory and majesty, dominion and power, both now and ever. Amen.

Conclusions on the Book of Jude.  The early Church had many problems with false teachers, false prophets and even False Christ’s. It was amazing how they dealt with all of it and kept it all going. The Apostles were just average people, not the top people in the pyramid, yet they were able to expand the Church and the message of Christ. Think about it. It’s Jesus Christ who was responsible for give history it’s date.  BC was before Christ and AD is after Christ. So those 12 average people were able to build a foundation on which a major religion is based and there are not tens of millions of Christians, and that name is even derived from Jesus Christ. All the apostles as well of thousands of believers. It was not easy being a Christian in the early Church. But they endured and and preserved and we have them to thank for the establishment of the Christian faith.