The Story of King James Bible

This video is only 29 minutes long, but it's one that you will never forget. It also will give you a new appreciation for the King James Bible and those that gave their lives so we could have a Bible in English,

This video is about how the world got its first official English Bible, called the King James Bible published in London England in 1611. Did you know that thousands of people were killed in 15th century England because of a law, that made it punishable by death, for anyone to speak or write words from the Latin Bible in English. This video is only 29 minutes long, but it's one that you will never forget. It also will give you a new appreciation for the King James Bible and those that gave their lives so we could have a Bible in English. 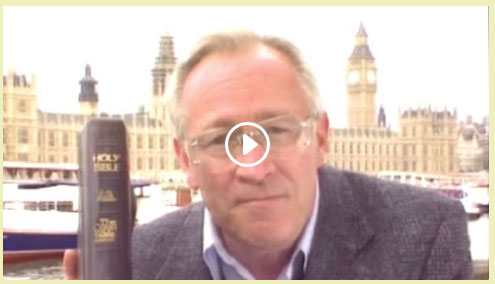 Why The King James Bible Is Best

This video documents the proliferation of English Bibles since the King James Bible was first published in 1611. Today there are over 100 different Bibles in English. Where did all these English Bibles come from? Are they all saying the same things, if not why not?

What motivated the writing of so many different English Bibles? See how all the modern day English Bible translations stacks up against the original 1611 King James Bible. Which Bible today is the most accurate and authentic? You will discover the answers to that and much more in this video.